Create an Account - Increase your productivity, customize your experience, and engage in information you care about.

Location
This photo shows the exterior of the current Law Enforcement Center at 120 North Spruce in Kingman. The public is encouraged to tour the Law Enforcement Center (LEC) to see current working conditions. Please call the sheriff's office at 620-532-5133 or simply come by during normal office hours and someone will be available to give a tour.

Virtual Tour
A virtual video tour of the current LEC is available online via YouTube. This video, narrated by Sheriff Randy Hill, was produced by the video production class at Kingman High School in fall 2013. 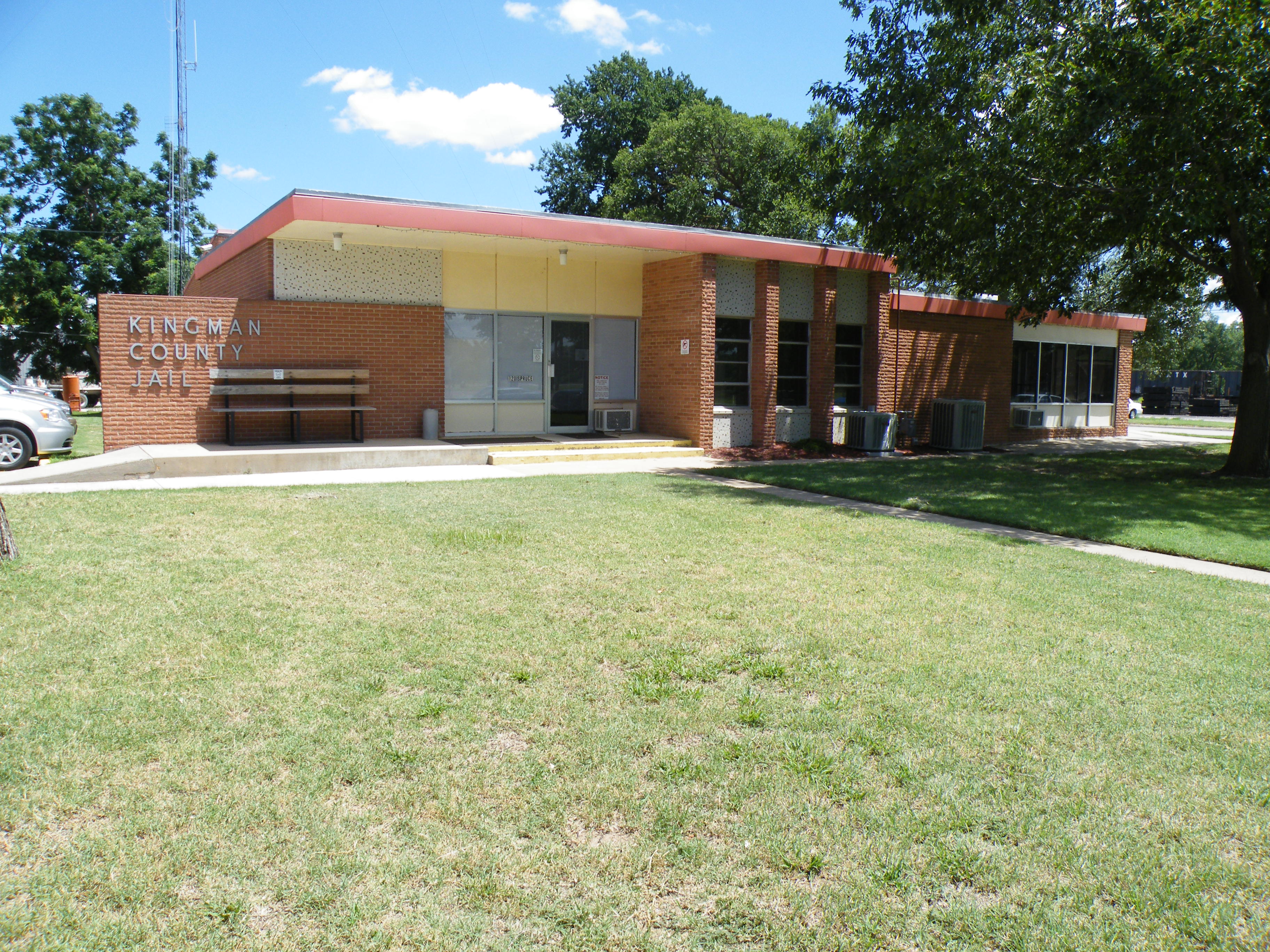 Necessity
Why do we need a new LEC?
911 Technology Explodes
The days when people can text 911 or send video to 911 are coming. That will mean more computer servers and more space for the county's 911 call center. “At some point we’re going to have to have a newer, bigger space to do this stuff because we’ve got so much technology coming at us that there’s no way we can add it in here nor have the space to be able to manage it,” says Heather Kinsler, 911 chief communication officer.

Sheriff Knows Needs
Kingman County Sheriff, Randy Hill (PDF) is 1 of only 2 men to be elected to the office 5 times. The need for a new LEC is not something he takes lightly nor is it a new idea. Not long after becoming sheriff in 1996, he went to the Kingman County Commission with his concerns, noting that he had “officers on top of officers” in the current LEC - that was in 1998.

Dysfunctional Design
"There is never a good time to talk about building a new jail," said an inspector from the National Institute of Corrections who evaluated the Kingman County Jail (PDF) in 2009. Robert Aguirre noted that the jail is "essentially the only finite portion of the whole criminal justice system, yet the jail is expected to accommodate the system by taking everyone sent to it.” Aguirre said the Kingman County Jail is "a very poorly designed and dysfunctional facility that has to be replaced.”

Community
The citizen community outlines the need for a new LEC facility in the Law Enforcement Needs Assessment Letter (PDF).